Mail to the Far East

Nowadays if one sends an email across the continents to Eastern Asia, the recipient sees it almost immediately, and a letter usually takes only a few days. But the routes taken by letters, and the travel times 100-150 years ago are documented in a collect

One might have been spoilt for choice: the decision was whether to send the letter to the Far East via Marseilles, Brindisi, Trieste or even San Francisco. There remained only the question of how to calculate the postage and, where appropriate, what stamps should be used to prepay the rate calculated. This is due to the fact that before the introduction of a general UPU postal tariff each country had made its own policies and contracts, sometimes bilateral treaties relating to the carrying of postal items.
„Mail to the far East“ is a philatelic journey from the beginnings of correspondence to the Far East in the mid-18th century to the early 20th century. It began with the sea route around the Cape of Good Hope, but the circumnavigation of Africa was time-consuming. At the beginning of the 19th century a shorter route via Egypt was developed by Thomas Fletcher Waghorn. As a 125-mile strip of land lies between the Mediterranean Sea and the Red Sea, a permanent method of overland transport was established, at first with camels and later by rail (the “Overland Mail”). Only with the opening of the Suez Canal from Port Said to Suez in 1869 did the shortest route become continuously navigable. Later other postal routes were opened up by new railway lines in Russia and North America.
Only a small selection from our special catalogue is presented here. The outstanding range of approx. 200 covers will be auctioned on 25 March 2017 at the same time in Wiesbaden, Germany and Hong Kong in a simultaneous auction with John Bull.
Join us in our office for this joint auction! 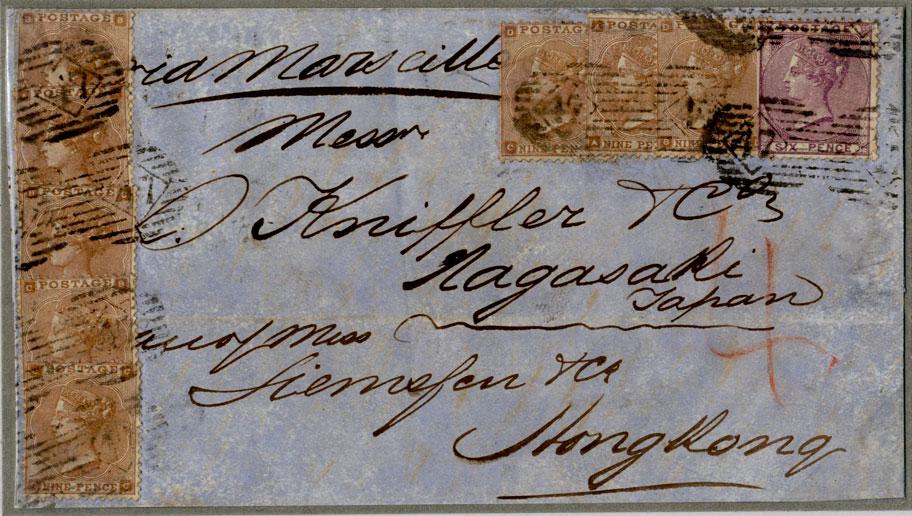 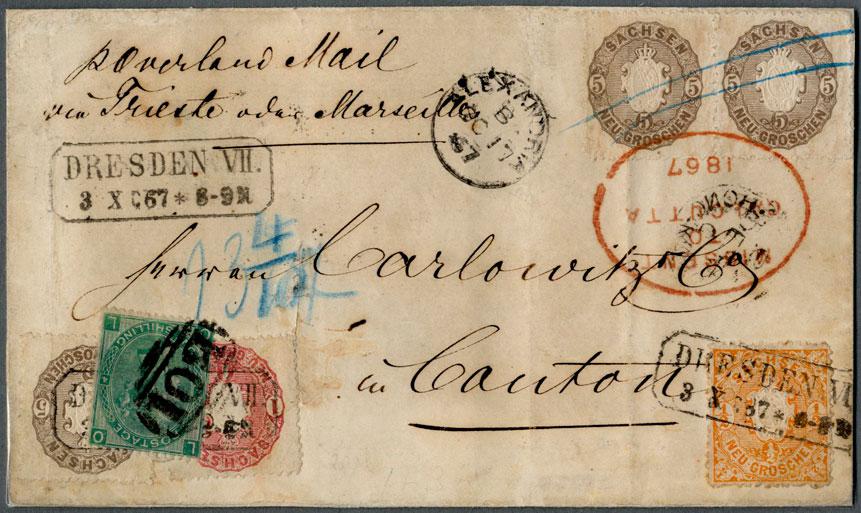 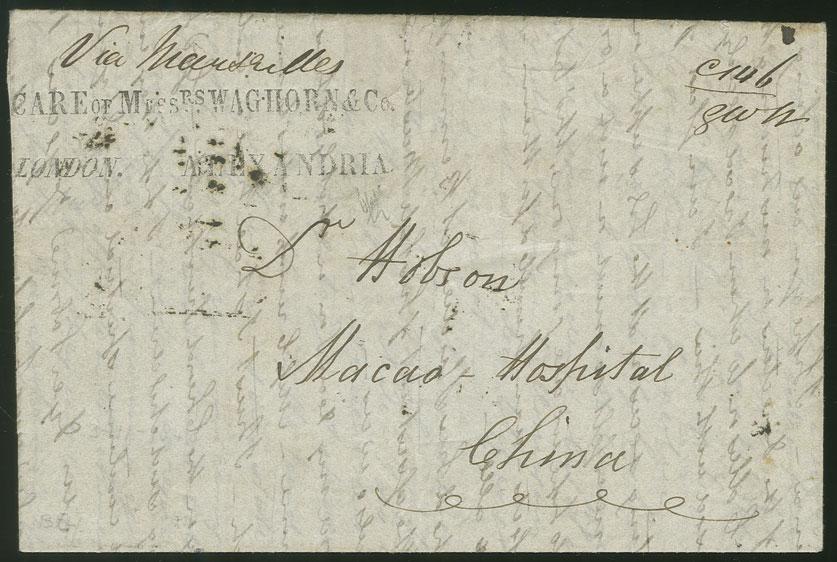 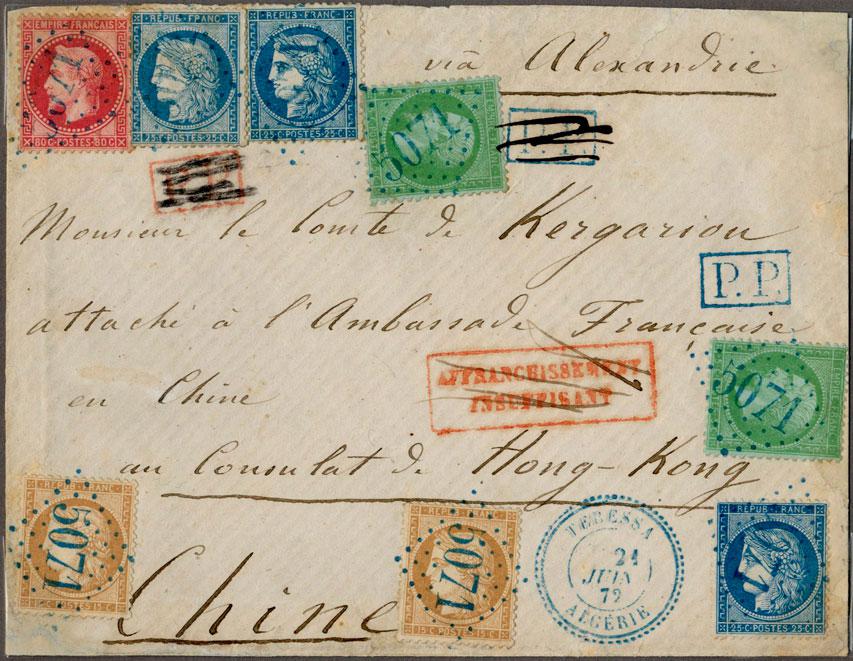 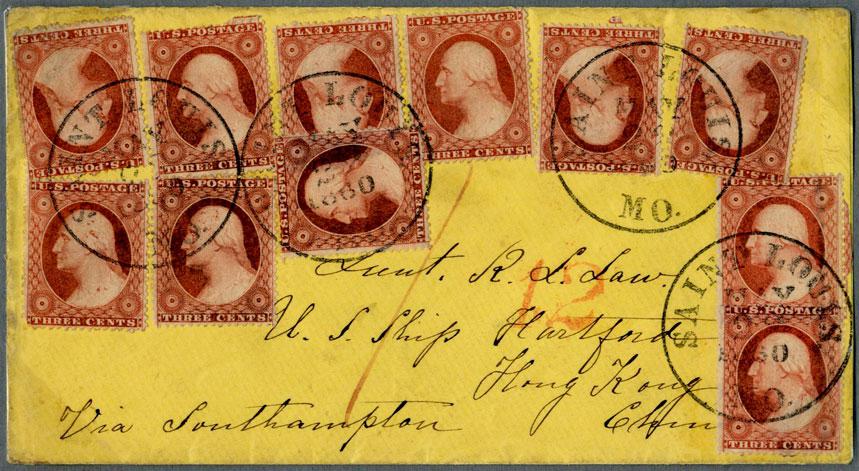 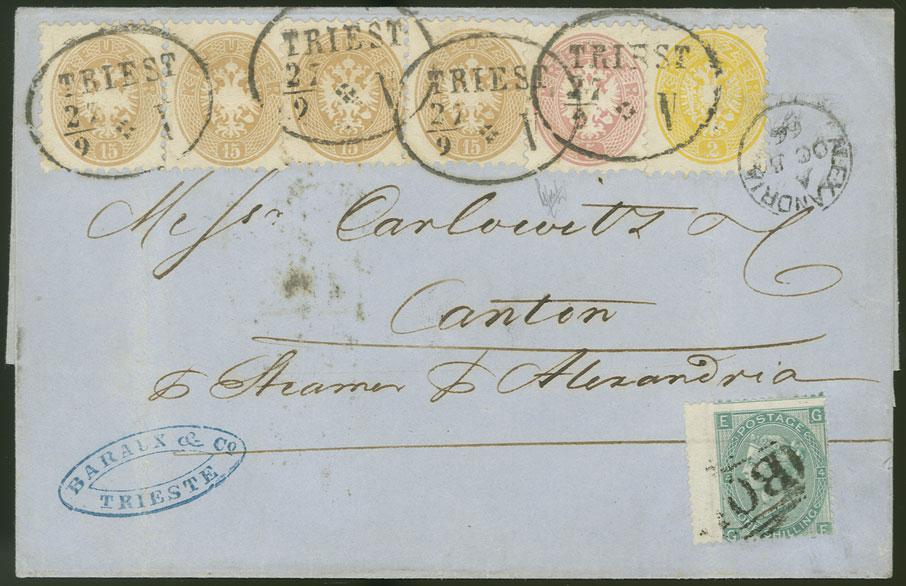