If you are looking for more detailed search options and the ability to store your searches, please follow this link:

Download your search as a PDF file for later viewing and saving: 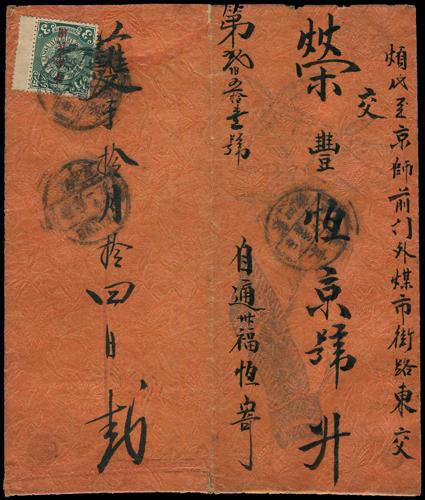 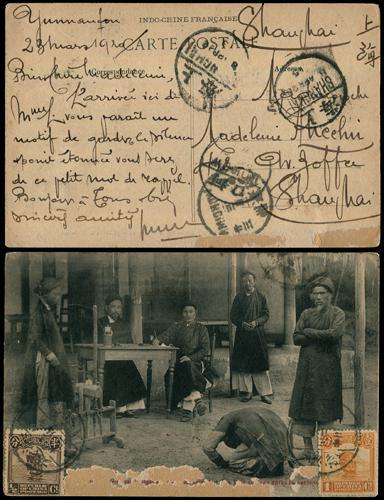 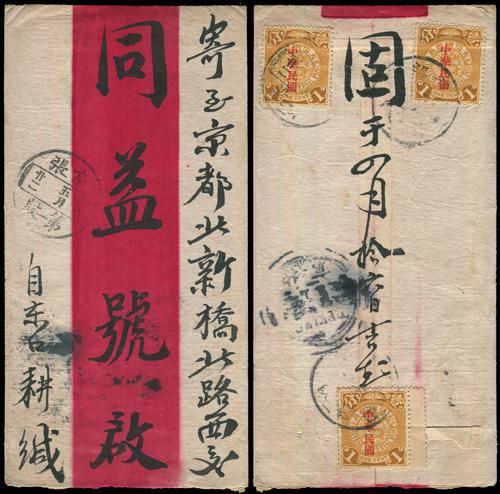 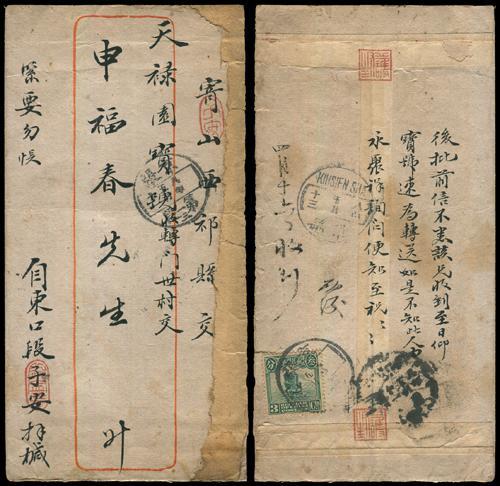 1919 (May 11) Chinese style cover from Kalgan Tungkow to Kihsien, f.w. Junk 3c on reverse, tied by Peking-Kalgan Railway / Section 1 No. 3 cds., along with Kihsien arrival. On front also with a clear Peking-Kajgan Railway cds. Some faults at right. F-VF. 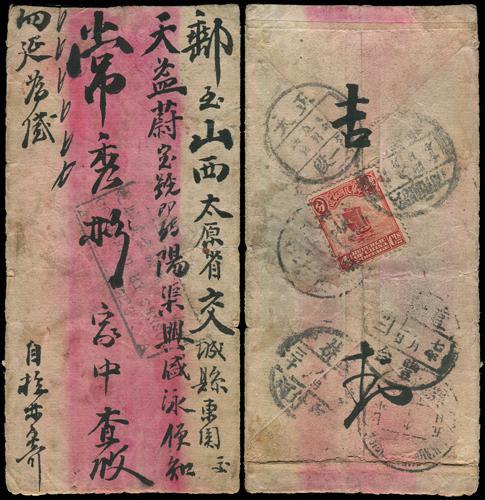 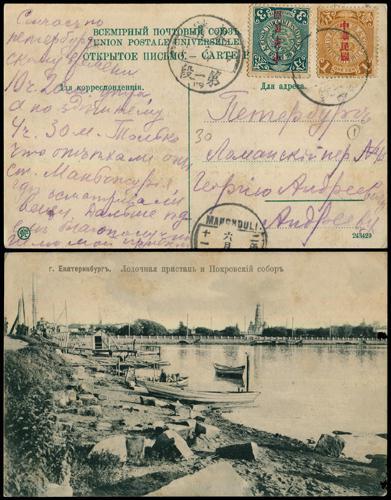 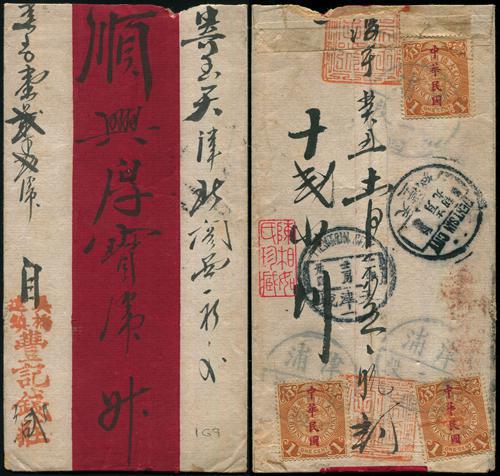 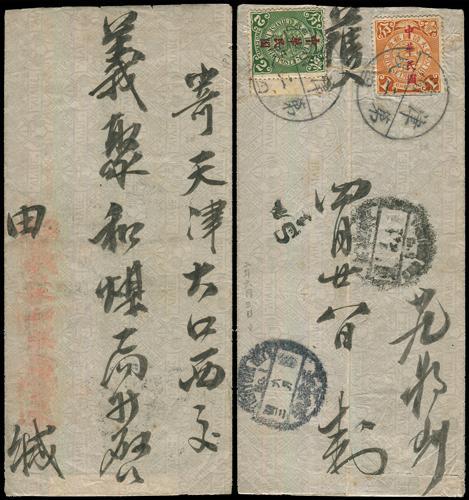 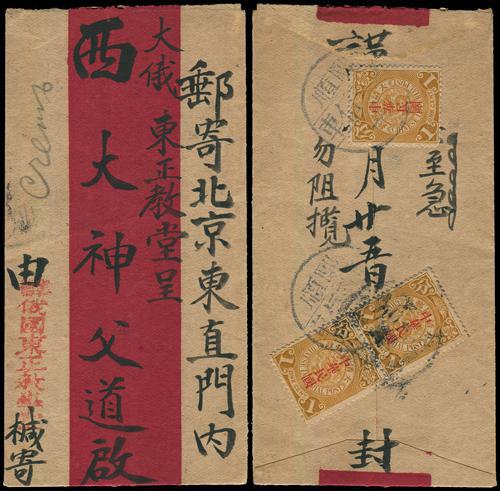 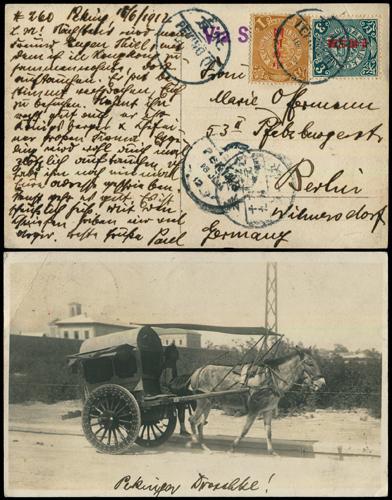 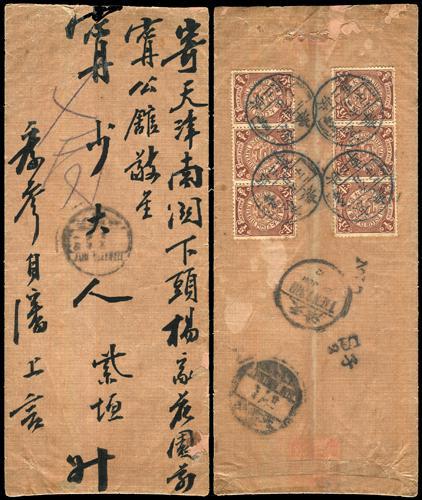 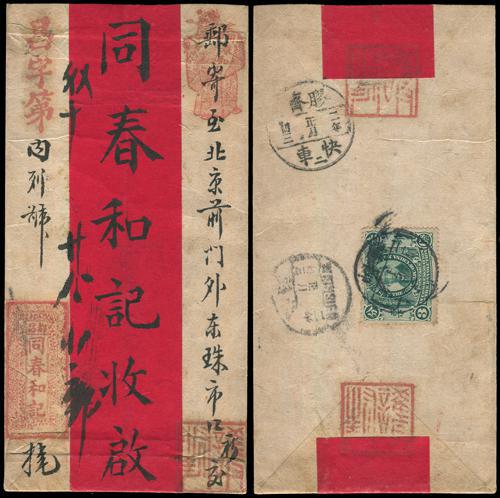 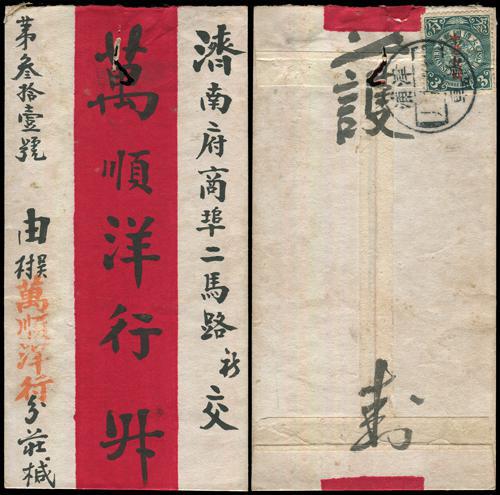 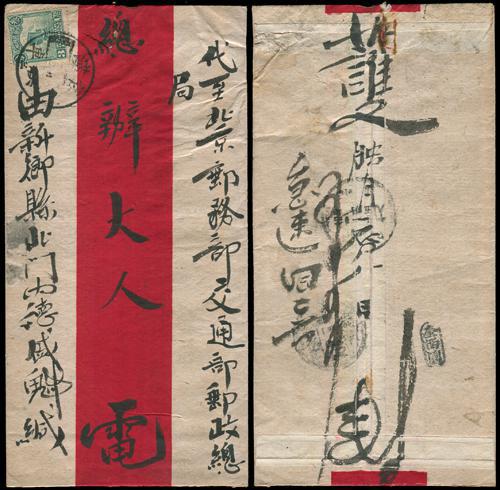 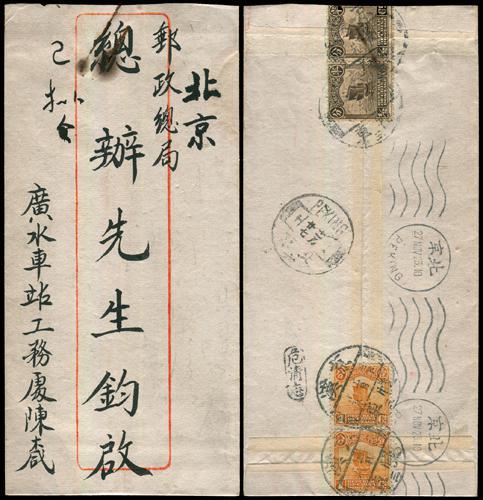 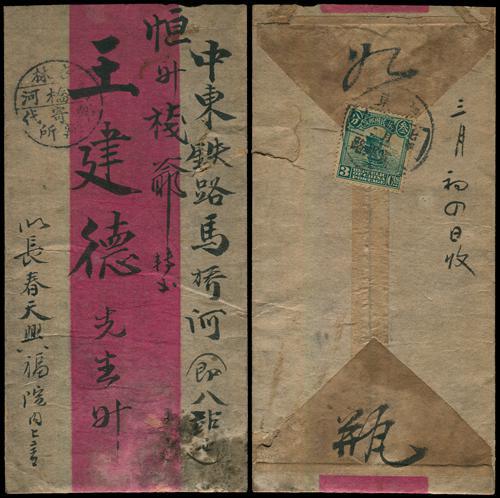 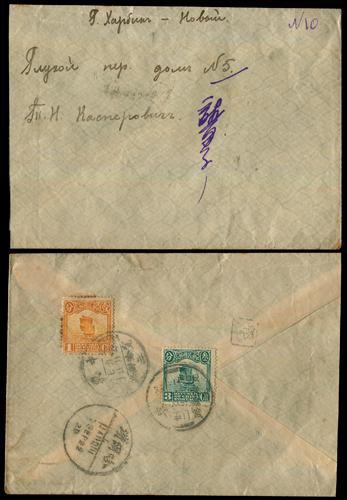 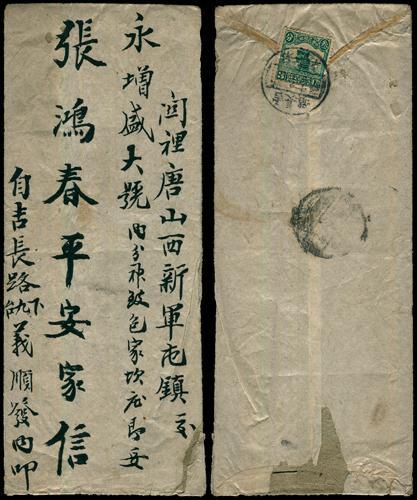 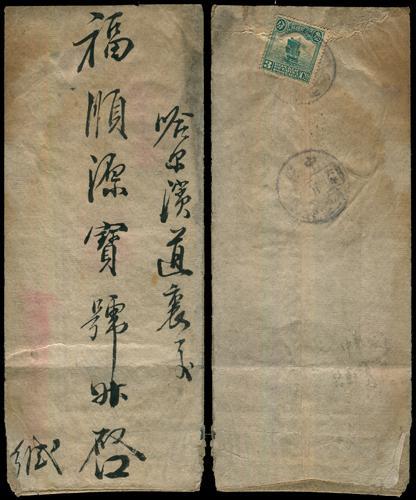 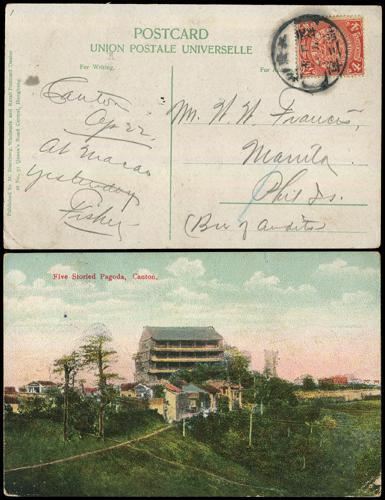 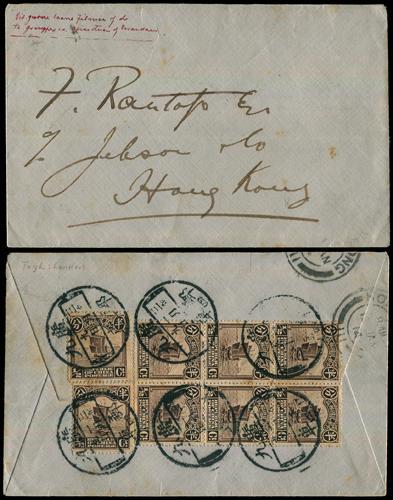 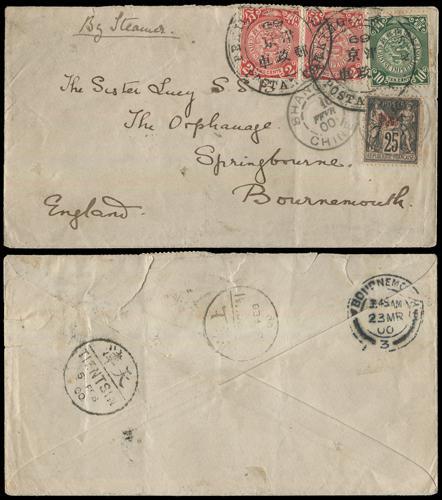 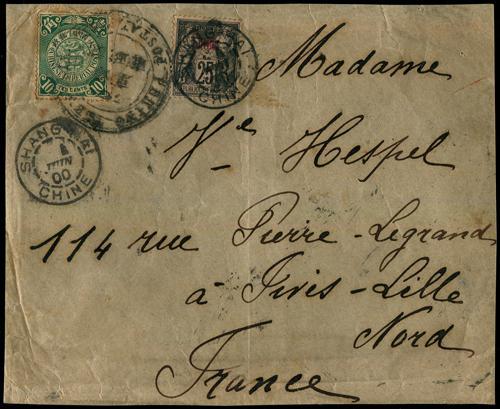 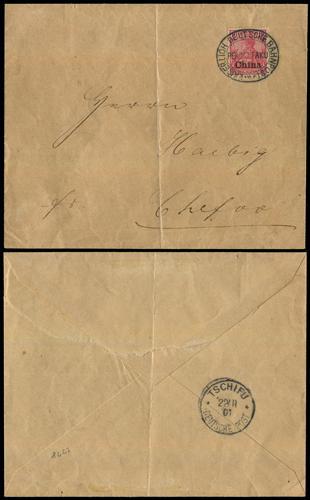 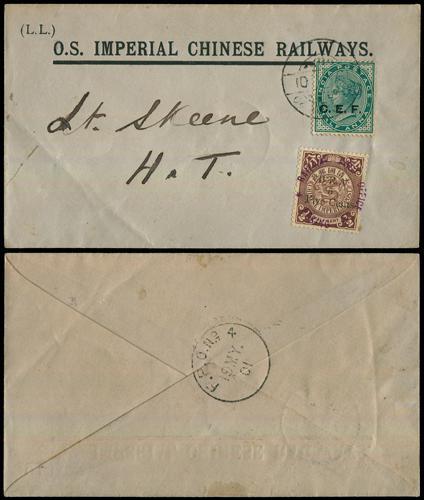