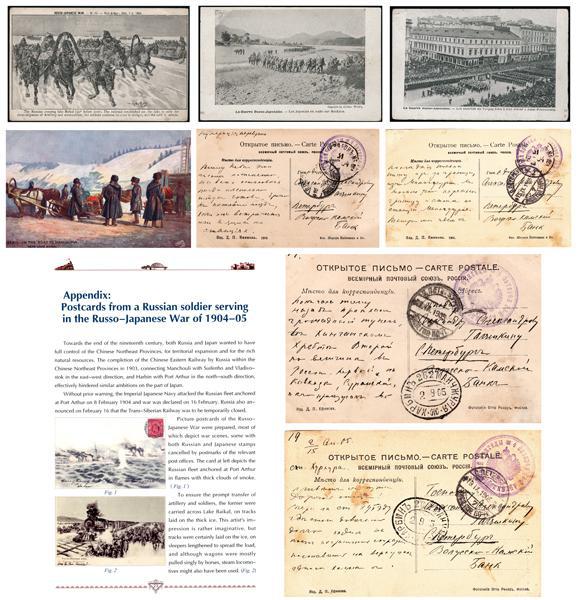 A small collection of 22 postcards: comprising 4 picture postcards of Russo-Japanese War, 12 picture post cards from the same Russian solider who had been sent to the Russo-Japanese War front in the Chinese Eastern Provinces some of which were dated 1904 when he was on train entering China whilst others were written in 1905 when he survived the War and being repatriated home on the Chinese Eastern Railway the contents of which have been compiled as a story appearing as Appendix to a book also included here, plus 6 further picture post cards from other Russian soldiers. (22 ppcs + 1 book)